Our Services
On the Norwich Northern Distributor Road we were asked to create a 3d model of Rackheath bridge in order to determine if the Client’s design was fit to be built.
By creating this model it became apparent that the reinforced concrete diaphragm beam at the abutments could not be constructed as designed by the client. 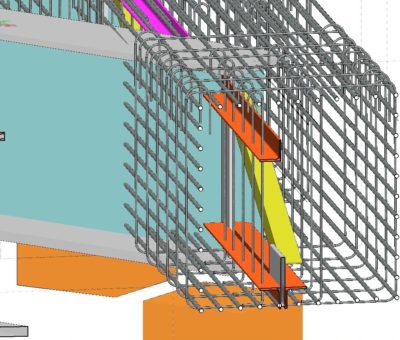 These proposed changes would allow the majority of the reinforcement to be installed on the ground, reducing the inherent risk of installing reinforcement at height, during a rail possession at night.
The suggested solution to the longitudinal reinforcement bars problem is shown below 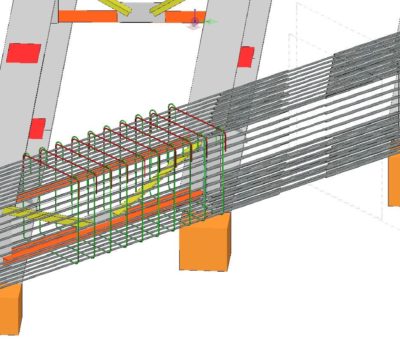 If Balfour Beatty had attempted to construct the bridge without the 3d modelling it would have been impossible to fix the reinforcement as designed.
This would have led to large costs due to wasted possessions, including costs for plant, people and materials, together with delays to the programme.
It has been calculated the costs for the aborted work could easily be in the order of £500,000

Other problems found
As part of this exercise dynamic cross sections were cut which revealed that there wasn’t enough level difference between the proposed road levels and the proposed beams to accommodate the road surfacing and the deck, as shown below 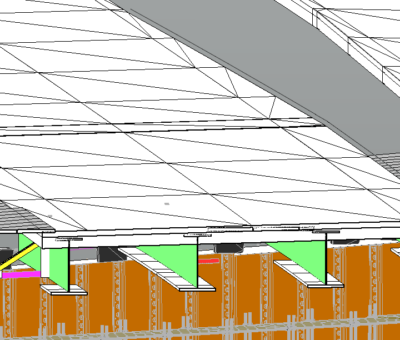