Cassidy Forsythe were asked to create 3d models of the bridges on the Norwich Northern Distributor Road by Balfour Beatty, who were only supplied with 2d pdfs of the bridge reinforcement, as shown below 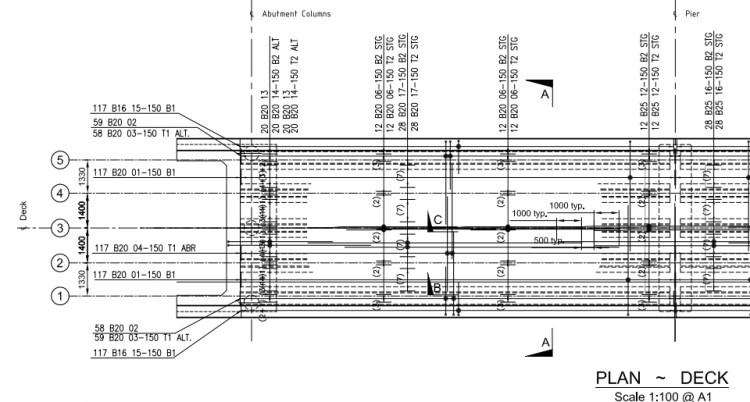 It can be seen that whilst the design was delivered in the traditional way, with 2d drawings, a 3d model would have been much more useful to find any problems with the reinforcement and any steel fixing problems.
We used the 2d drawings, together with the bar bending schedules to create 3d models of the bridges at crucial interfaces, such as the deck and the diaphragm and the beams and the deck.

Examples of these models are shown below 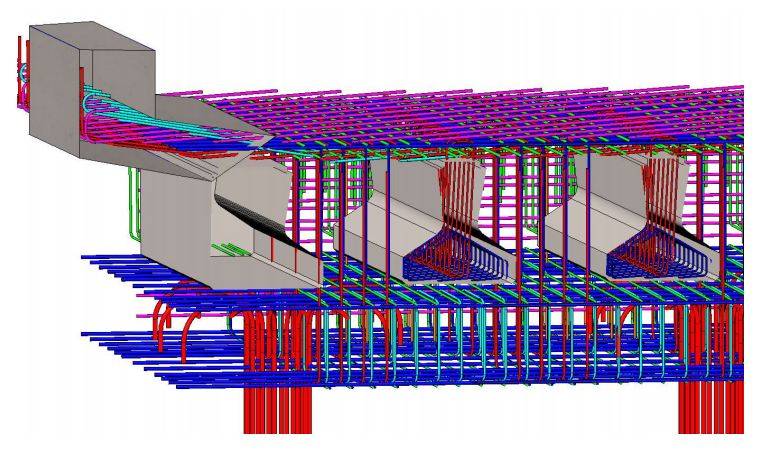 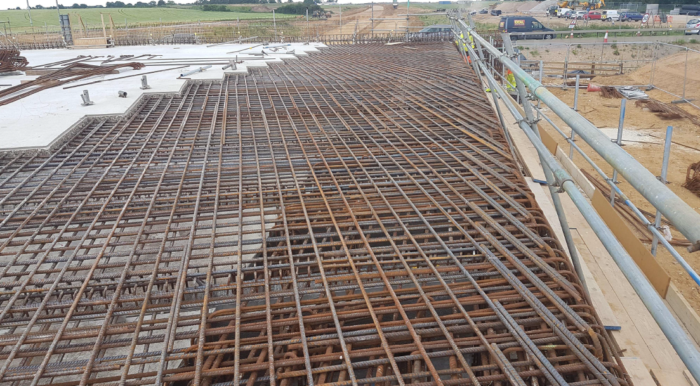 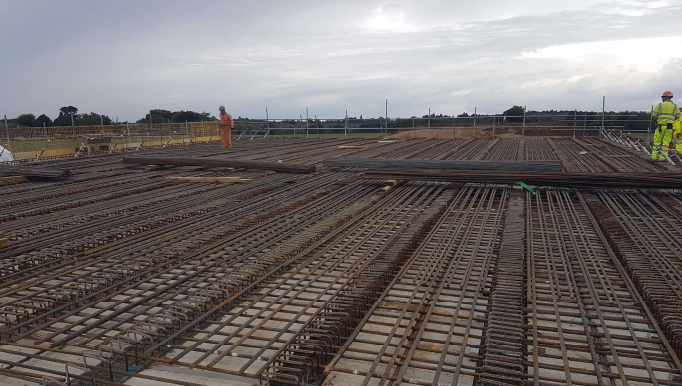 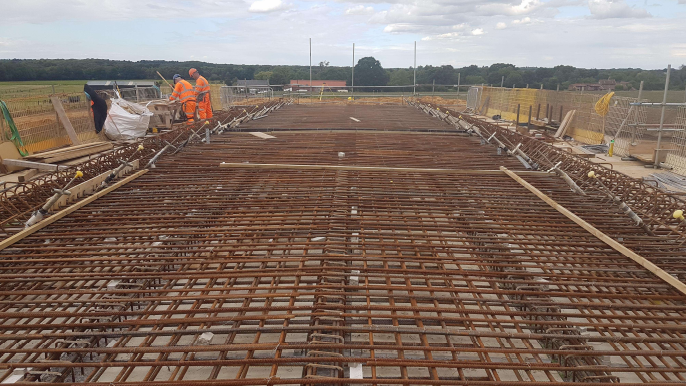