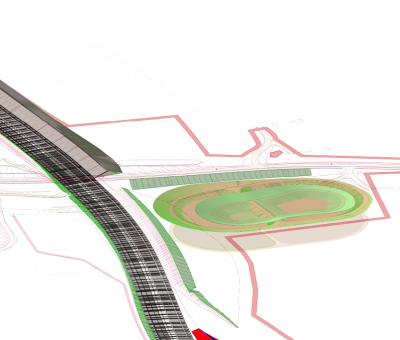 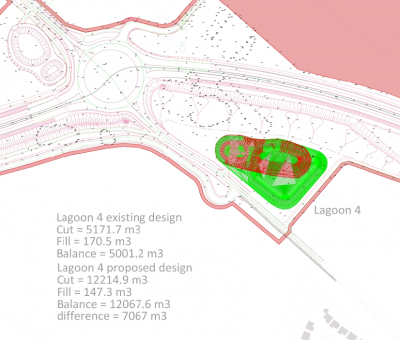 The Norwich Northern Distributor Road scheme was designed with the earthworks in balance.
The original design was carried out by Norfolk County Council based on a LIDAR survey of the route in 2006.

Following contract award, a topographical survey of the entire scheme was carried out (on foot, using GPS rovers) which
highlighted that the ground level in the agricultural areas was approximately 160mm lower than assumed.

During the ECI phase of the project, Balfour Beatty employed a specialist consultant (Opsis) to produce the earthworks schedule.
This schedule was re‐calculated based on the latest OGL survey and it resulted in a 254,000 cu.m general fill deficit.
Based on tender general fill import rates from the open market, this would increase the cost of the works significantly if the Client had to import the fill.

In order to solve the problem a series of joint workshops with the Client’s team were convened, at which mitigation
options were discussed. These options included enlarging drainage lagoons (25 on the scheme), widening road cuttings, constructing bridge embankments from a Class 1/2 ‘core’ with landscaping fill on the flanks and reducing the
back slope on landscape bunds.

We were asked to carry out a 3d modelling exercise to identify areas where additional volumes of general fill could be found and to quantify the volumes of fill available associated with each proposed change.