This project involved the construction of a new Equine centre for Kirkley Hall College in Northumberland.

Cassidy Forsythe were asked to design the drainage system for the new Equine Centre.

Our initial task was to formulate a drainage strategy for the planners, which entailed explaining in detail how we would deal with both the surface water and the foul discharges.

As the underlying ground in the surrounding area comprises clay it was decided that any infiltration ideas would not work so we had to propose a new outlet to the nearby Cadgers Burn.

We had to ensure that the discharge was limited to a similar discharge as that which would be come from the existing ground.
Therefore, we proposed an underground storage system together with a Hydrobrake to throttle the discharge.

The foul sewage discharge was take of by the use of a packaged sewage treatment plant with the clean discharge combining with the surface water drainage system. 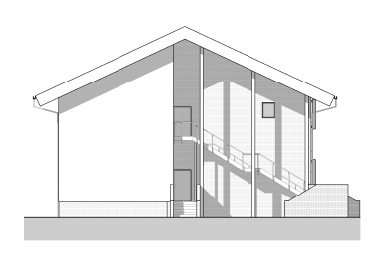 We were also asked to design the drainage system for the extension to the Kielder building at Kirkley Hall.

Following a detailed site survey and drainage investigation we were unable to find any evidence of any flow control or attenuation structures so we had to included the area of the existing building in our calculations.

We designed an underground attenuation structure with a Hydrobrake in the last manhole before the discharge into the local burn.

We had to divert and intercept some of the existing surface water drainage system around the new extension.

We also designed a new foul sewerage system which also involved diverting some of the existing foul sewers and intercepting other sewers from the building.

Again, we utilised a Klargester Biodisc packaged sewage treatment plant to treat the foul sewage which was then combined with the surface water system and attenuated, before discharging to the local burn 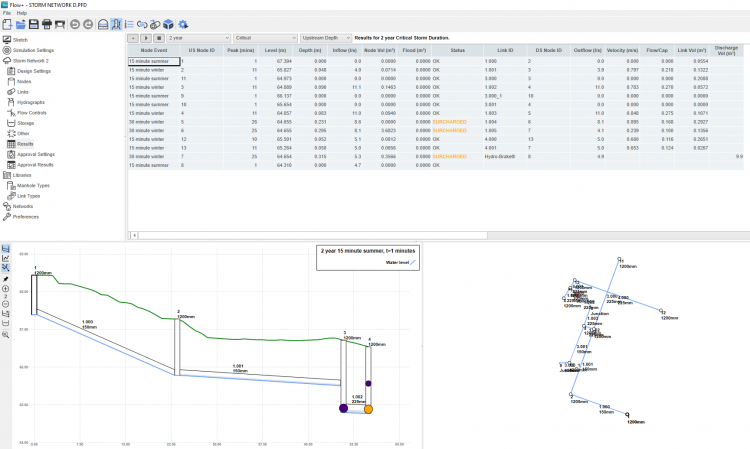 Prior to creating our drawings we modelled the drainage systems using our Causeway Flow software, which allows us to simulate the effects of different storm return periods and durations.