Cassidy Forsythe were asked to create a 3d model of Rackheath bridge in order to demonstrate the construction sequence to Network Rail.
As a result of this model it became apparent that the reinforced concrete could not be constructed as designed by the client.

These problems only became apparent once the 3d model had been created and hence avoided costly
delays.
The solutions suggested to the client were as follows :
• Change the longitudinal reinforcement bars so that the bars could be installed on the ground before the steel beams are lifted into place
• Change the closed links to open U bars so that they could be fixed after the intermediate bracing
• Move the stirrup reinforcement or move the intermediate bracing away from the reinforced concrete beam
These proposed changes would allow the majority of the reinforcement to be installed on the ground, reducing the inherent risk of installing reinforcement at height, during a rail possession at night. 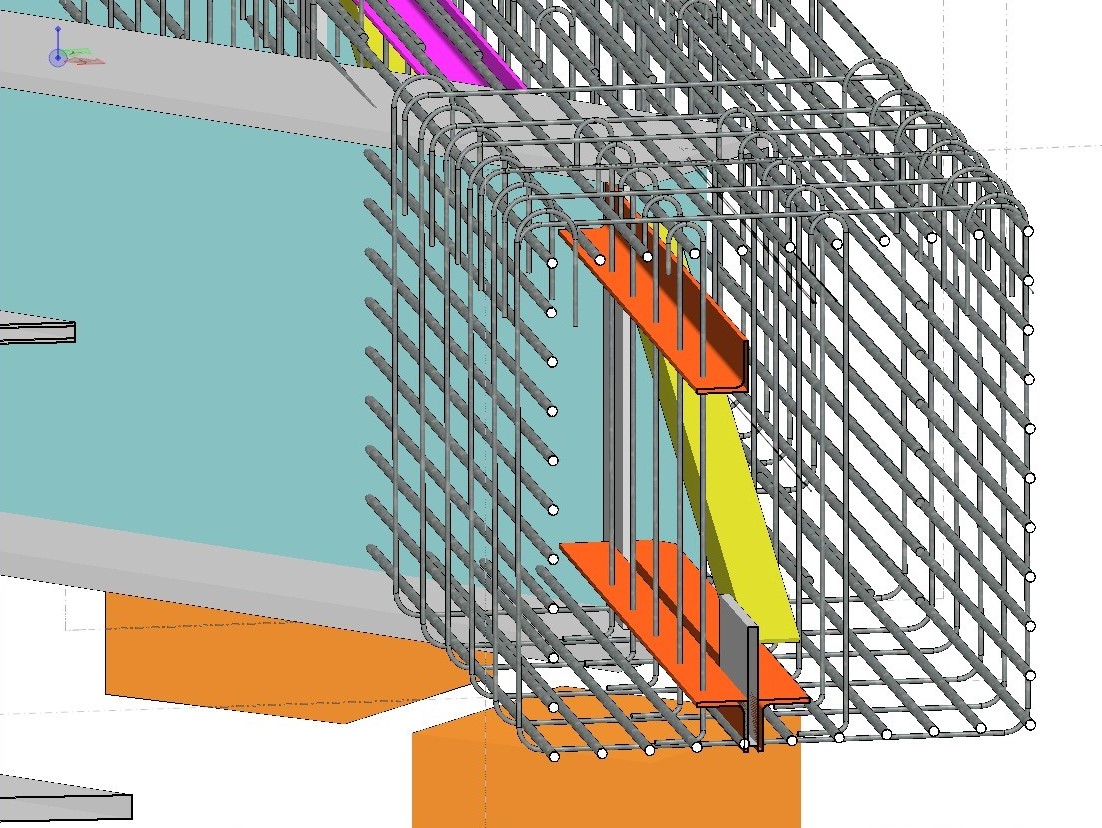 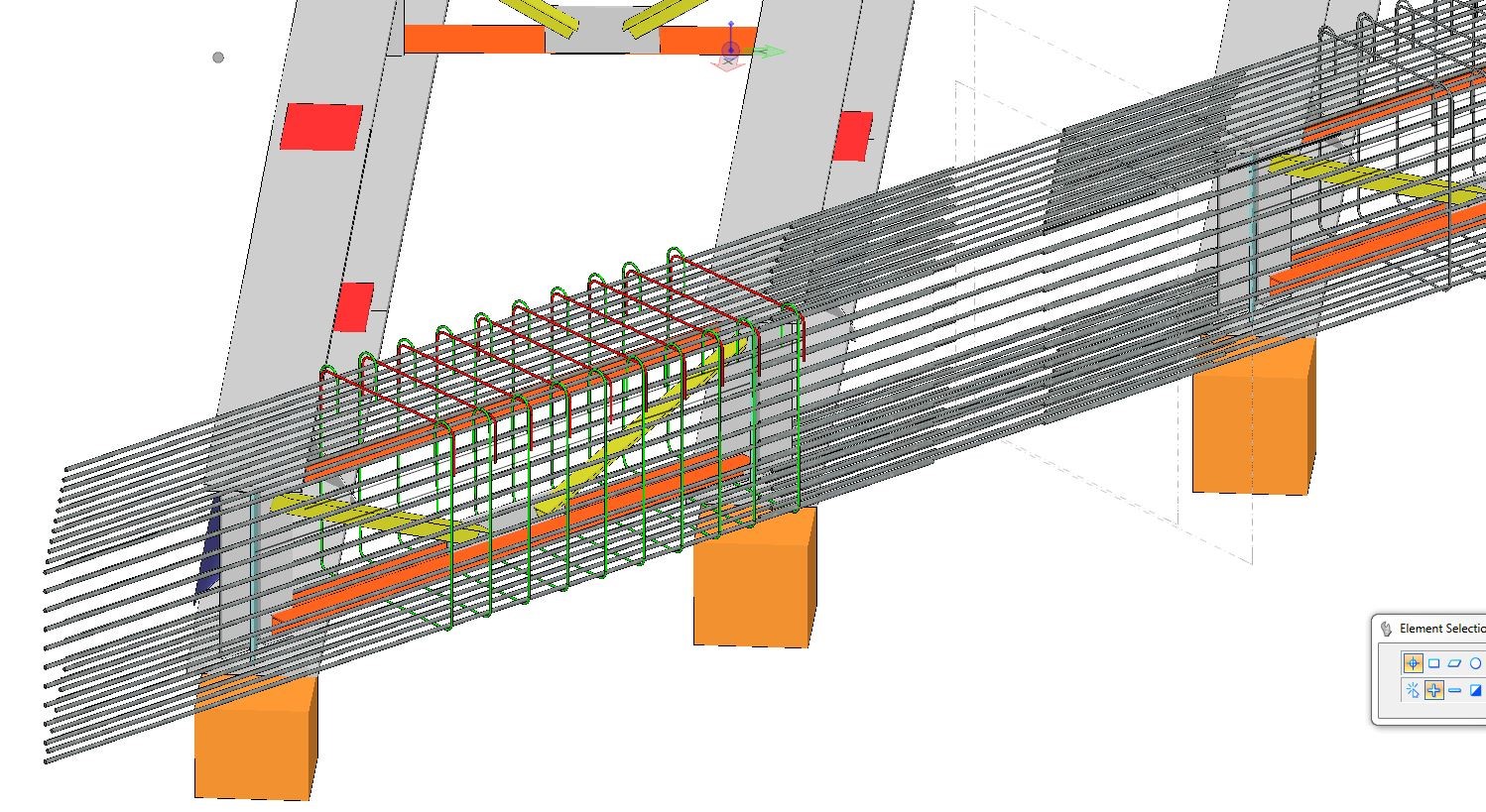 If Balfour Beatty had attempted to construct the bridge without the 3d modelling it would have been impossible to fix the reinforcement as designed.
This would have led to wasted possessions including costs for plant, people and materials, together with delays to the programme.
Bearing in mind that a 1000t crane was intended to be used for lifting the beams into place the costs for the aborted work could easily be in the order of £500,000